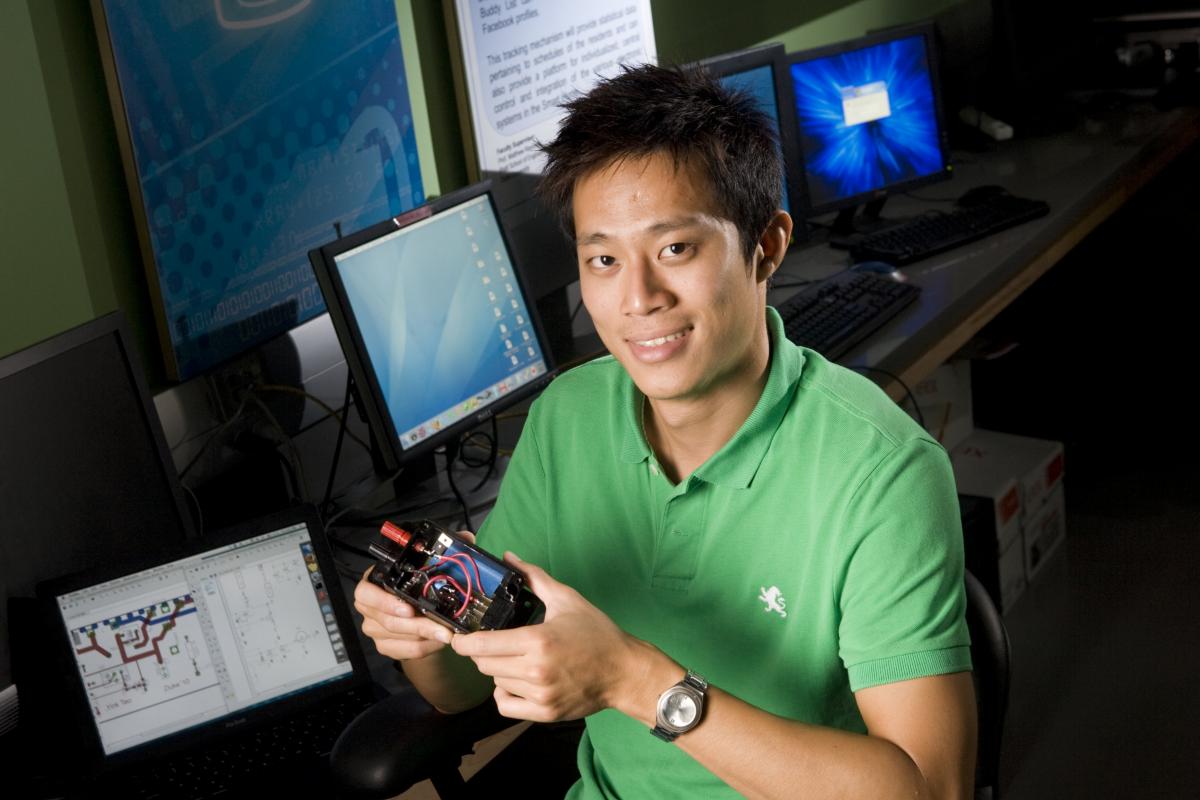 It is now conveniently commonplace for homes and cafés to have wireless Internet. But, how about tables that transmit power wirelessly to laptop computers, mobile phones and other electronic devices?

“In 2009, we saw the CEO of WiTricity, Eric Giler, demonstrating the use of wireless power in consumer electronics such as televisions and mobile phones,” said Yink Teo, a senior majoring in electrical and computer engineering. “We also saw computer manufacturer Dell release their new Latitude laptops with wireless charging docks. You can be sure we will be hearing a lot more about wireless powered products in the next few years.”

Teo, originally from Signapore, is developing a wireless power transmission system for the Smart Home dorm. His power-transmitting surface is built into a frame of a coffee table and will be able to transmit tens of Watts of electrical power to a receiving unit placed on top of it. Different receiving units can then be adapted to recharge common electronic devices such as cellphones and laptop computers.

Wireless power transmission is achieved through resonant inductive coupling but unlike the non-resonant coupling found in a typical transformer system, we introduce a high Q L-C resonator. A primary drive circuit is built using an oscillator and MOSFET driver that drives the gate of a power MOSFET connected to a primary coil. This primary coil drives the L-C resonating coil, which then causes magnetic flux coupling with a non-resonant pick up coil. He is optimizing the design parameters for this project through extensive computer modeling that helps him understand the behavior of our resonant system.